Religious Trauma: What No One Tells You at Church

You may not have heard the term religious trauma syndrome, but you may have experienced it. Or, perhaps you know someone who has. My first exposure to religious trauma came through interactions with my oldest son.

In his youth, he had looked forward to going on a mission. When he reached mission age and stopped wanting to go to church,  I was confused.

When I learned he was sleeping 20 hours a day, I knew something was really wrong. He was a young man living away from home, but he didn’t have enough energy to take care of himself.

Desperate to figure out what was going on, I asked him to move back in with his dad and I so we could get him medical attention.

He didn’t want to talk about church

It took months until he was physically and emotionally stable; throughout this time, he would go silent any time I mentioned church.

He was in pain and I knew it wasn’t because he needed to repent. I had lived long enough to recognize emotional trauma. I could see it in his face.  I just couldn’t imagine what had happened.

I eventually came to know that my son had read the CES letter as well as other information which convinced him the church wasn’t true. Hurt and angry, he didn’t know how to express how deeply betrayed he felt by his religion and how lost he felt without it.

How does a young man reject the religion of his heritage without hurting his family? How does he resolve the pain he feels about his life in the church without also confronting the reality that his parents (who he loves) were responsible for raising him in it? Now that he doesn’t believe in the plan of salvation, how does he find a new purpose in life?

My heart still aches as I think of the tremendous pain he suffered alone. No wonder he couldn’t get out of bed!

Our relationship became my first priority

With the help of medication, vitamins, and sunshine, his physical strength began to return. But he was still scared to talk to me about his church trauma.

The turning point in our relationship came one day while we were out on a walk. He began to make a negative comment about the church but immediately shut himself down. I begged him to talk to me. I told him that I cared about him and our relationship and that I rather he say negative things about the church than suffer alone in silence. He wanted to believe me, but he wasn’t sure.

What I had to surrender

Not long after our walk, I had a powerful “spiritual” experience. As with all such experiences, it’s difficult to put into words. But something inside me knew that in order for my son to heal, I had to let go of my desire that he would ever return to church.

My belief that I knew what was right for him was a barrier between us. I sensed that he wouldn’t feel safe until he knew I cared more about his healing than anything else.

At first, I couldn’t imagine how I could possibly lose the desire for him to stay active as a Mormon. But as I continued to see his pain, something inside me began to shift.

When I stopped wanted to change him and opened up to the possibility that he could change me, he felt it. For the first time, we felt safe with one another.

I didn’t know it then, but that was the beginning of a healing journey for both of us.

(Unfortunately, I would have to go through some of my own trauma first. When I began doing some research of my own, what I found was not what I expected.) 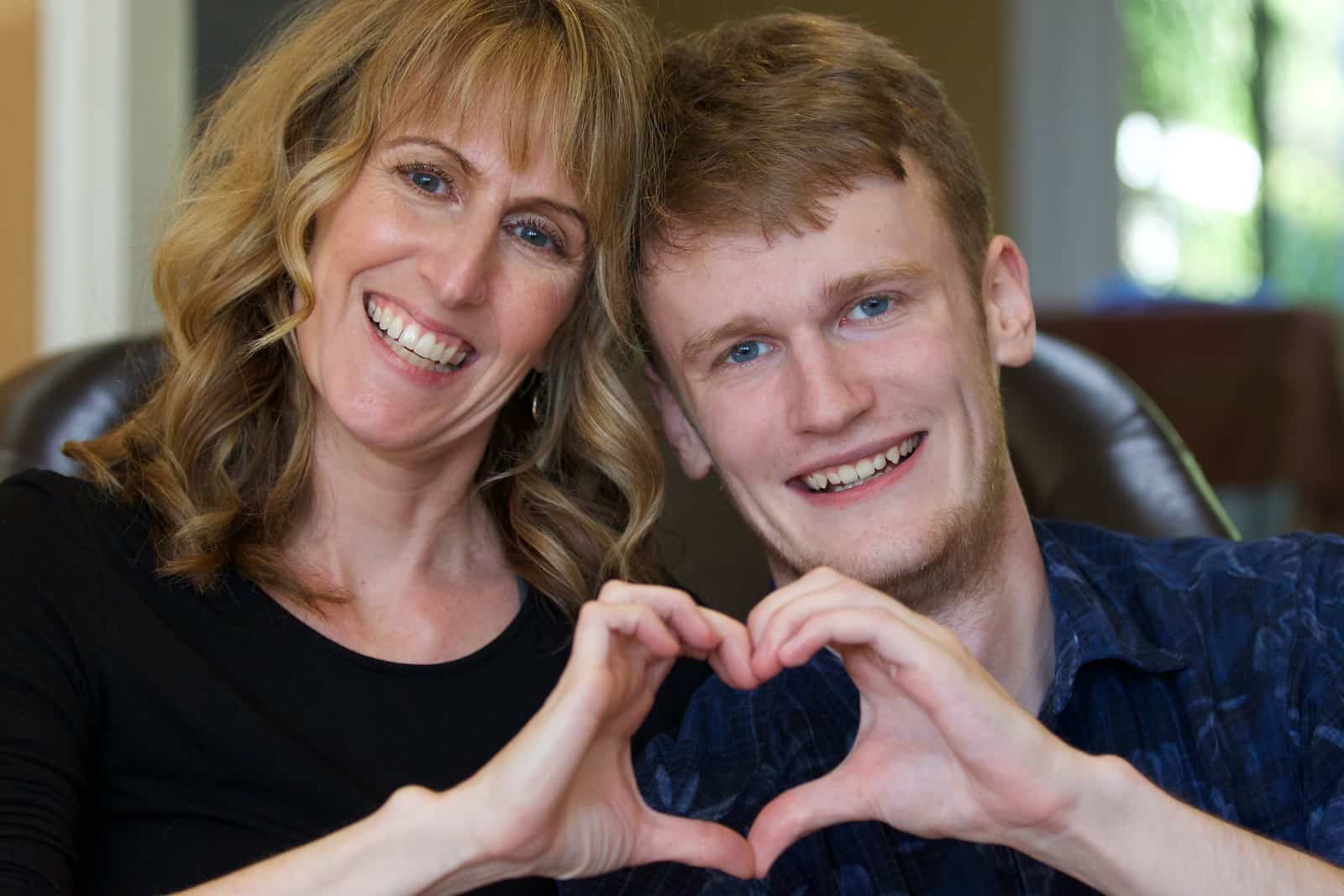 What is religious trauma?

Religious Trauma Syndrome (RTS) is a function of both the chronic abuses of harmful religion and the impact of severing one’s connection with one’s faith and faith community. It can be compared to a combination of PTSD and Complex PTSD (C-PTSD)…Losing one’s faith, or leaving one’s religion…means the death of one’s previous life – the end of reality as it was understood. It is a huge shock to the system, and one that needs to be recognized as trauma.

In other words, you can suffer religious trauma (also called church trauma)  because of harm that occurs while practicing your religion and/or from the psychological consequences of leaving it.

Both Danna Hartline (founder of The Mormon Trauma Mama) and Lesley Ann Butterfield (founder of Unrighteous Dominion) are working to educate people about the variety of ways religious abuse occurs within the LDS church. Unfortunately, victims of church abuse are often not believed; some are even blamed. This adds trauma to trauma.

Losing your testimony of your religious beliefs can be traumatic, especially if you feel betrayed by those you felt certain you could trust. You might wonder whether you should trust your own judgments ever again.

When you no longer see the world with a Mormon perspective, you may feel like you’re losing your sense of identity. The LDS church had given you a ready-made value structure, a social community, and a sense of purpose. You were also kept busy with callings, activities, and meetings.

You may not have any idea what life would be like out of the church and that can feel scary. Besides this, if you grew up Mormon, you were taught from a young age that safety and happiness depend on obedience and loyalty to the church. Following the prophet is presented as equivalent to following God. Primary children (and even adults) are warned that Satan wants to deceive you.

Phobia indoctrination like this is a type of spiritual abuse because it causes you to distrust your instincts, leading you to believe feelings come from outside sources. If you have left the church but continue to worry that Satan may be influencing you, you are experiencing the impact of indoctrination, not reality.

What are the symptoms of religious trauma?

My research on the topic indicates that all of the following are common symptoms of the emotional trauma associated with losing testimony and/or leaving religion:

[If any of the above symptoms are long-lasting or are interfering with your life, seek professional counseling.]

None of these feelings are indicators that leaving the church was a wrong decision. They are signs of being human and working through a faith transition.

Of course, leaving one’s religion is not just filled with trauma. Most people feel tremendous relief because they no longer having to try makes sense of the parts of their belief system that never made sense! Many people say they feel alive like never before.

In other words—leaving religion is full of mixed and intense emotions. If you leave the church, you may feel like you were just freed from jail and won the lottery while you are also still healing from a  divorce, death, and long-term illness.

Finding your way through religious trauma isn’t easy, but it is possible. Many other people have survived and are thriving without the church.

If you are transitioning away from Mormonism, be patient with yourself.
Here are 5 tips to help you get through:

Wherever you are in your journey, meet yourself with compassion.

There is no “right” way to work through a faith transformation. There is no moment of arrival. Life will continually present us with opportunities to love ourselves and to love others.

As my oldest son taught me, love is far more important than having all the answers.